Type of protected area - Where it is located

Typology: A.N.P.I.L .; established by Resolution of the Municipal Council of Reggello n. 171 of 22 December 1997; it is largely included in the SIC Vallombrosa and Bosco di S.Antonio and bushy mountain pastures of Pratomagno.
Tuscany region
Province: Florence

LA.N.P.I.L. Foresta di SantAntonio occupies an area of ​​926 hectares in the Municipality of Reggello (FI). It is included in the Pratomagno chain, a ridge that extends in the Apennine direction from the Consuma Pass (Florence) to Talla (Arezzo), delimiting the upper Valdarno and Casentino basins respectively at the two ends. LA.NPIL, in its extension, coincides superiorly with a stretch of the ridge of the Pratomagno ridge, affecting the reliefs of Poggio della Risala, Croce al Cardato, Poggio alla Cesta and Varco del Reggello (peaks that reach an average of 1,450 meters in height). altitude), while further south follows the secondary ridge touching Poggio Castelluccio and La Corte. The altitude is between 600 m. and the 1,490 m.s.l.m. The SantAntonio Forest is linked to the Vallombrosa forest complex and since 1975 has been part of the agricultural and forestry heritage of the Tuscany Region.

The SantAntonio Forest looks like an area still intact and natural, with a luxuriant flora and an interesting fauna. Morphologically the area is very rough with steep slopes, very evident ridges, leaps and deep ditches dug by torrential waterways. The area is very rich from the water point of view, both for the surface waters and for the springs due to the interception of groundwater.

The particular orographic configuration of the area and the slopes mainly exposed to the north-west, generates an alternation of microclimates, which influence the diversity of vegetation, which also presents species of considerable botanical interest. The wooded formations are related to various plant associations, although beech woods predominate. Currently the form of government of the beech woods is largely in the transitory forestry phase, unlike in the past when they were governed by coppice. At lower altitudes and on the sunnier slopes, other broadleaf trees replace beech, such as Turkey oak, black hornbeam, chestnut. In this way, pure or mixed deciduous forests are formed, with the presence of ash, maple and hornbeam. In the open and arid slopes the downy woods predominate.
Reforestations, operated in small areas, were carried out with undemanding species, such as Douglas fir, white fir, spruce and black pine. In the southern exposures and in the areas covered by fires, the most frequent shrub formations are heather, gorse, juniper and brambles, both in rock jumps and in stony grounds.
The forest flora is very rich in species, and among the endemic plants of the Apennine sector we mention: Arisarum proboscideum, Cardamina chelidonia, Centaura ambigua, Digitalis micrantha, Helleborus bocconei, Murbeckiella zanonii, Viola eugeniae, Polmonaria vallarsae, Sedum monregalense, Phyteumum. Rare plants are Daphne mezereum, Doronicum columnae, Ilex aquifolium. Plants of aesthetic interest, protected or subject to limited collection are Campanula persicifolia, Dianthus balbisii, Lilium martagon, Malva moschata, Orchis maculata, Orchis macula, Orchis sambucina, Platanthera bifolia, Primula vulgaris. Among the food or officinal plants: Solanum dulcamara, Urtica dioica, Veratrum album.
The remarkable environmental diversity favors different habitats for animal species; therefore the fauna, and in particular the ornithic fauna, is particularly varied and interesting. The presence of badgers, foxes, martens, weasels and wolves is reported, due to the abundance of prey such as wild boar and roe deer. In the upper part of the forest the sporadic presence of the fallow deer, coming from the nearby Vallombrosa Nature Reserve, can be detected. Among the rodents there is a listrice, in particular in the lower areas, near the houses and among the old abandoned chestnut woods.
As for birds, there are at least six different environments that favor a varied presence of species, some of which are truly relevant.
In the bare pastures of the ridges, in summer, we find the whitetail, the lark, the redstart chimney sweep, the scopera, the small wash.
In the bushy pastures nest the tottavilla, the shriek, and we frequently find hunting birds of prey such as the honey buzzard and the kestrel.
Among the wooded cliffs, the nesting of some rare species in Tuscany has been found, such as the redstart and the slothed bunting.
Among the shrubs, several sylphs nest, and in particular magnanine, sterpazzolina and sterpazzola.
In areas with conifers, in the spring it is possible to observe the small luì, the ruler, the song thrush and the alpine vines.
In the deciduous woods, in addition to the black tit and the big tit, there is the green woodpecker and the great red woodpecker.
Among the birds of prey the presence of the sparrow hawk is certain; between the nocturnal lallocco and the owl.
As far as amphibians are concerned, the spotted salamander, yellow-bellied lululone and common toad. Numerous species of ophidis are found among the reptiles, including the collared snake, the sack, the rat snake and the common viper.

Information for the visit

The area is crossed by CAI paths and there are also some refuges.

Good flowers to plant in a vegetable garden

How to Identify Salvia Divinorum Plants

What Color Pavers to Use With a Yellow House

How to Save Paperwhites

How to Take Care of an Apple Tree 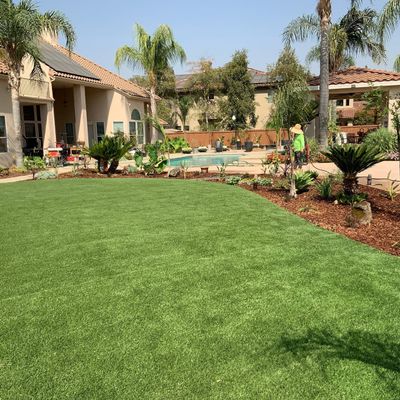